The graphs below show how the most popular Bible versions rank on our 300+ point test in five areas. The report card showing the final grades is at the bottom. 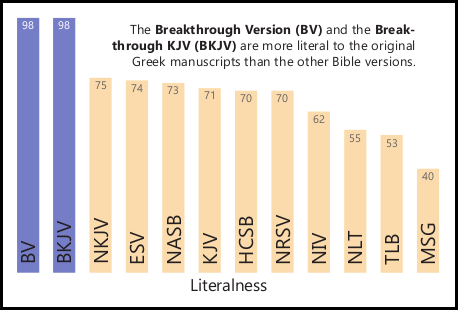 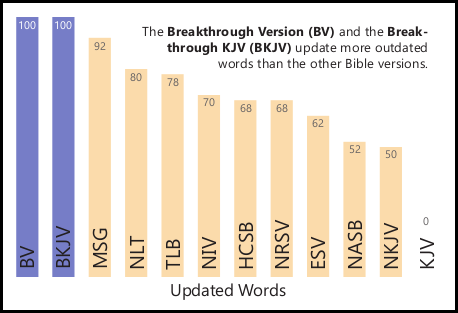 Bible versions should use words that are commonly used in everyday life. When the first English Bibles were written, the translators used the everyday words of that time. Even though some words have long since died and readers no longer know what they used to mean, some Bible versions still keep them on their pages. Words that are no longer used outside of the church are outdated. 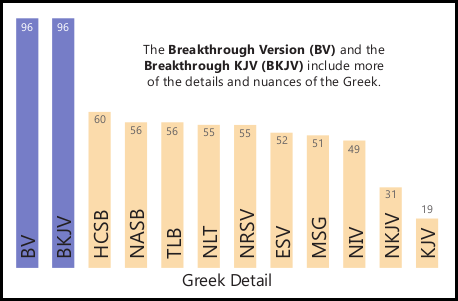 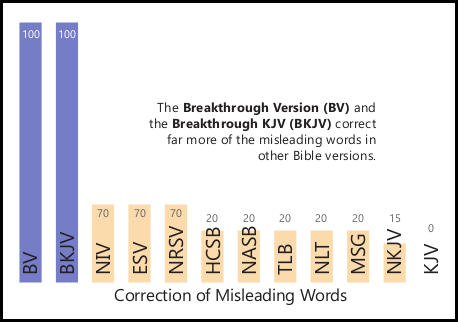 Some English words in the Bible are not outdated but they have changed in meaning since the first English Bibles were written. The versions that keep these words actually say something different than what the Greek says and what the words originally meant. This section checks for the existence of misleading words. 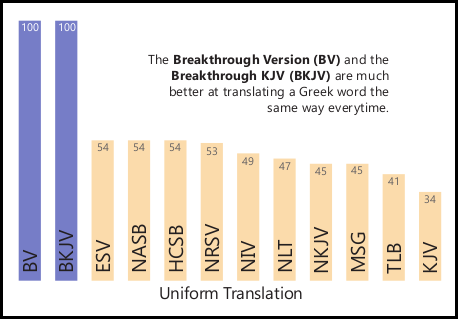 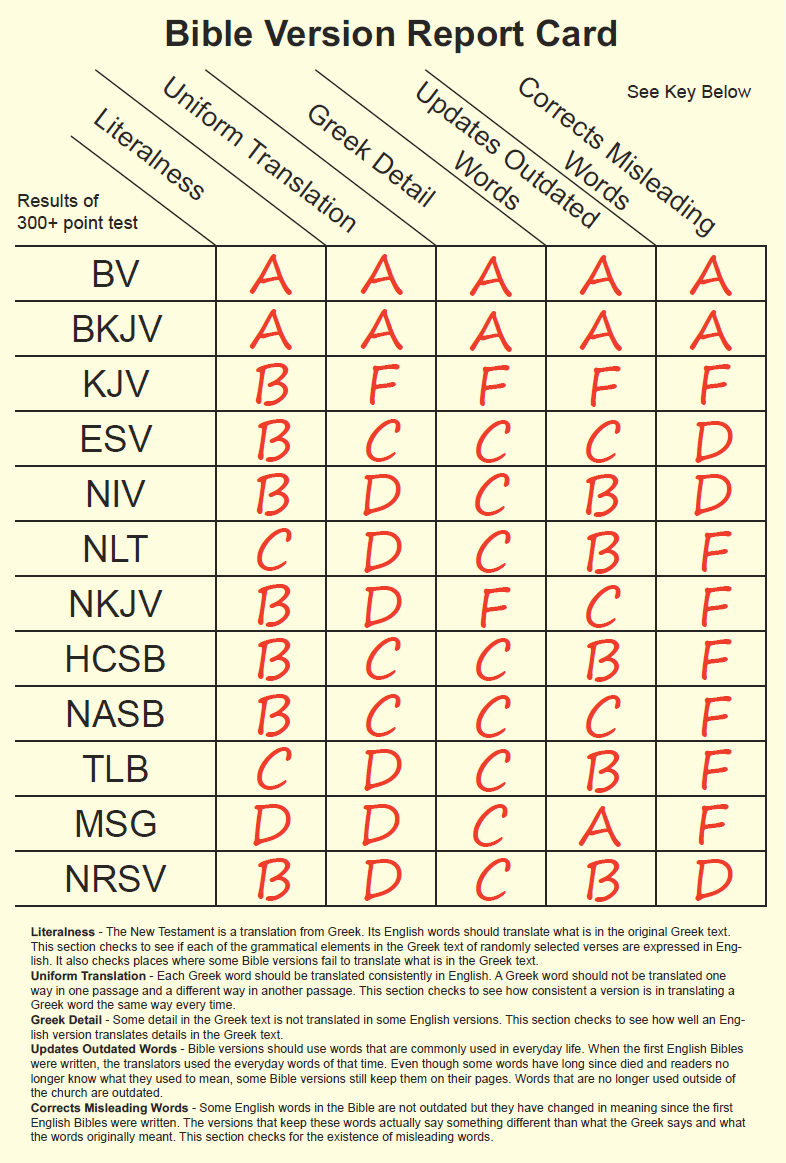